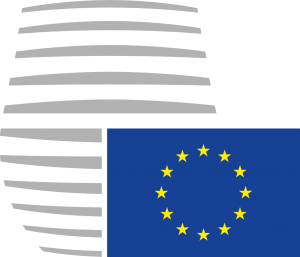 The Council of the European Union has recently agreed on a draft directive intended to address tax avoidance measures frequently used by large companies.

The directive is part of a larger package of proposals coming from the European Commission intended to increase checks against corporate tax avoidance, building on the 2015 OECD recommendations to address tax avoidance measures, with particular focus on the practices of tax base erosion and profit shifting (BEPS).

The directive is particularly intended to curb situations wherein corporate groups utilise disparities between national tax systems in order to reduce their overall tax liability, contriving to profit from low tax rates or double taxation deductions, or avoiding tax altogether by making it deductible in one jurisdiction while excluding it from the tax base elsewhere. Therefore the directive is intended to prevent situations like this which distorts fair competition and creates situations of unfair tax contribution.

The draft directive is intended to apply to all taxpayers subject to corporate tax in any EU-Member State, and will crucially also apply to subsidiaries of companies in third countries. The anti-tax avoidance measures are organised into five specific categories:

A common tendency is for multinational groups to finance group entities in high-tax jurisdictions through debt, who in turn pay back inflated interest to subsidiaries resident in low-tax jurisdictions, for the purpose of reducing tax liability for the entire group. The draft directive inhibits this practice by limiting the amount of interest that the taxpayer is entitled to deduct in a tax year.

This addresses situations wherein corporate taxpayers attempt to reduce their tax liability by moving their tax residence or shifting their assets to a low-tax jurisdiction (commonly known as “tax havens”). This practice damagingly prevents tax base erosion in the state of origin when assets that entail unrealised underlying gains are transferred, without a change of ownership, out of the taxing jurisdiction of that state.

This is an umbrella rule intended to cover gaps that may exist in a country’s specific anti-abuse rules. Corporate tax planning schemes can be very elaborate and tax legislation often lags behind, meaning that a general anti-abuse rule is an important instrument which may enable tax authorities to appropriately obstruct abusive tax arrangements.

A well-known avenue for tax avoiding corporate groups is to shift profits towards controlled subsidiaries in low-tax jurisdictions. This frequently consists of first transferring ownership of intangible assets to the CFC and then shifting royalty payments. The draft directive would resolve this loophole by reattributing the income of a low-taxed controlled foreign subsidiary to its parent company.

This is intended to coordinate between national tax systems in order to remove situations of disparity which may be abused of by corporate taxpayers, given that mismatches often lead to double deductions of taxations or a deduction of income in one country without its inclusion in the other.

The directive aims to ensure a harmonised approach in the implementation of the OECD anti-BEPS measures, and will also ensure harmonisation with countries which are not part of the OECD.